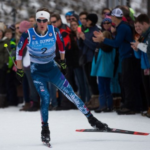 Adam Loomis was born and raised in Eau Claire, WI and spent most of his childhood with skis on his feet. After graduating high school, Adam made the full move to Steamboat, where he trained for 2 years with the Junior National team.  Just after turning 20, Adam was named to the US Nordic Combined Team. He recently retired from the sport, and while training and competing, Adam graduated with a Business Administration degree in 2017. Since ending his competitive career,  Adam has been staying active in the mountains – whether on skis, foot or a bike.  He’s excited to be a new member of Team AK, where he’ll share his knowledge, experiences and passion with the next generation of Ski Jumping and Nordic Combined athletes. 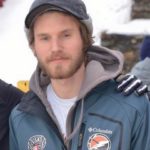 Chris Lamb is a New Hampshire native and former USA Ski Jumping Team member. He attended the National Sports Academy in Lake Placid, New York from 03-07 and competed as a national team member from 07-14. During his career, Chris was named to 3 Junior World Championship teams, achieved podium finishes at National Championships, scored points in continental cups in Europe, and made the podium in several FIS cup competitions, including two victories in Brattleboro, VT. His personal distance record is 191.5 meters. The last three years of Chris’s career were spent living in Trondheim, Norway where he was a member of the Tronderhopp ski club and trained with many of Norway’s top athletes and coaches. Since ending his career in 2014, Chris has completed a bachelors degree in philosophy and environmental studies at Marlboro College in Marlboro, VT.

Newest Addition to the NSAA TeamThey’re on the way! Membership gift sneak peak…
Scroll to top